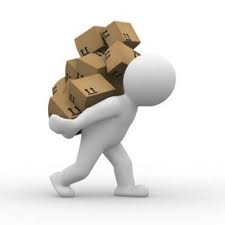 Who is setting your standards for you?

A true story has it that one older man decided to jog around the local high school football field. As he huffed and puffed along, the team was in practice.

The players soon started running sprints up and down the field. The man told himself, “I’ll just keep running until they quit.” So he ran. And they ran. And he ran some more. And they kept running. And he kept running until he could finally run no more. He stopped in exhaustion. One of the players, equally exhausted, approached him and said, “Boy, I’m glad you finally stopped, Mister. Coach told us we had to keep running wind sprints as long as the old guy was jogging!”

He was watching them. They were watching him. He was letting them set his standard. They allowed him to set theirs.

My question is this: are you keeping pace with somebody else? Are you allowing other people to set your standards for you?

What about your standards, or principles, for moral behavior? Humorist Mark Twain said, “I have a higher and grander standard of principle than George Washington. He could not lie; I can, but I won’t.” Do you decide for yourself what is right and wrong or do you find yourself going along with others?

And how about attitudinal standards? When confronted with negativity and cynicism, how do you respond? Do you choose your attitudes, or do you just react to circumstances?

In short, do you keep pace with those around you, or do you decide yourself just how you will live your life? The truth is…only you are qualified to set your standards. Only you can determine how you should live and what you will finally expect from yourself.

Set your own standards. It beats jogging until your legs fall off.

Consider this: It’s your choice.