A Prayer For Courage
Rabindranath Tagore

Let me not pray to be sheltered from dangers,
But to be fearless in facing them.
Let me not beg for the stilling of my pain,
But for the heart to conquer it.
Let me not look for allies in life’s battlefield,
But to my own strength.
Let me not crave in anxious fear to be saved,
But hope for the patience to win my freedom.
Grant me that I may not be a coward,
feeling your mercy in my success alone,
But let me find the grasp of your hand in my failure.

Consider this: Where do you need courage today? 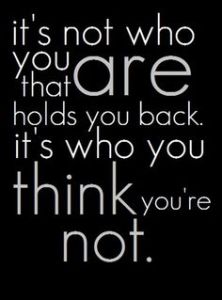 Consider this: What do you believe?

I walked with a friend to the newsstand the other night, and he bought a paper, thanking the owner politely. The owner, however, did not even acknowledge it.

“A sullen fellow, isn’t he?” I commented as we walked away.

“Oh, he’s that way every night,” shrugged my friend.

“Then why do you continue being so polite to him?” I asked.

And my friend replied, “Why should I let him determine how I’m going to act?”

Consider this: How are you going to act today?

There once was a wise sage who wandered the countryside. One day, as he passed near a village, he was approached by a woman who told him of a sick child nearby. She beseeched him to help this child.

So the sage came to the village, and a crowd gathered around him, for such a man was a rare sight. One woman brought the sick child to him, and he said a prayer over her.

“Do you really think your prayer will help her, when medicine has failed?” yelled a man from the crowd.

“You know nothing of such things! You are a stupid fool!” said the sage to the man.

The man became very angry with these words and his face grew hot and red. He was about to say something, or perhaps strike out, when the sage walked over to him and said: “If one word has such power as to make you so angry and hot, may not another have the power to heal?”

And thus, the sage healed two people that day.

Consider This: There is  power in our words!